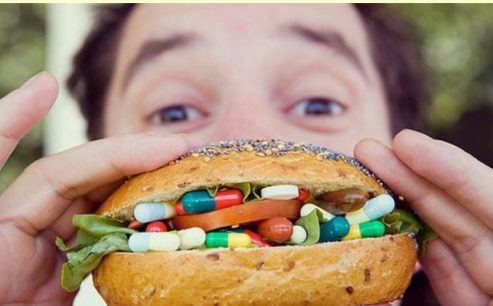 God created the product. The man decided to improve them. Like everything else in nature, people are trying to improve, only worsen food. You can’t improve perfect. Yeah, right, those who said that cooking was invented by Satan. All food created by God is natural and whole food, which would have laid hands on people in order to «improve» becomes unnatural.

The idea of improving and creating new food products is nothing new. From generation to generation, people from different countries honed their skills in this direction. Having a selection of people received an infinite number of new varieties of plants and new breeds of cattle and small cattle. «Almost all of the products we now buy are grown with the use of selective methods» — said the Representative of the office of the United States of America on sanitary inspection behind foodstuff and medical supplies.

However, breeding is not the only method to make different changes in foods. Modern food industry currently offers a variety of ways of cooking and processing of food products with the aim of improving their taste, extending shelf-life, standardization and storage. Modern man has become accustomed to food, subjected to changes.

However, in recent years, a growing number of consumers concerned about what we do with your food. Why? They worried about food safety in connection with the widespread use of modern technology. Grounds for such fears with each passing year becomes more and more. Let us now consider two areas that cause the greatest number of complaints, concerns and fears.

Antibiotics in our food

Since the middle of last century in Western countries to feed cattle, pigs and birds began to add small doses of antibiotics. With doses of antibiotics all the time growing up. This practice is committed with the purpose to reduce the risks of morbidity of cattle, especially that which contains in the same room. Many also hormones added to livestock feed to accelerate its growth. This is done in order to antibiotics was protecting Pets from infection and thereby increased the profitability of conducting intensive livestock operations. And this in turn helps to reduce prices for meat products and, consequently, this practice benefits the consumer.

At first glance, the picture looks very logical.But how dangerous is the meat of animals grown on feed with such unnatural additives for consumers? The report of the Economic and Social Committee of the European Union says that pathogenic bacteria and microorganisms can resist the effects of antibiotics and then get into the body of the person who eats such meat. “Some of the pathogenic bacteria, for example, Campylobacter and Salmonella bacteria, through food chains, entering the body of a meat-eater, in most cases cause serious illnesses,” the report says. But in addition to bacteria entering the human body through food chains, antibiotic residues also get there. In this case, microbes harmful to human health will eventually become antibiotic resistant.

Hormones in our food

And what about the meat of animals, in the feed of which hormones are regularly added? A professor at the University of Munich, Dr. Heinrich Karg, says: “The meat of animals raised on hormones is dangerous to human health even if the hormones are used in accordance with the instructions.” But the German newspaper Vohe, answering the same question, states that «while researchers are arguing, meat lovers poison themselves.» In France and many other countries of Europe and the world, a strong protest is expressed against the presence of hormones in meat: “Hormones should not be used! Not!» 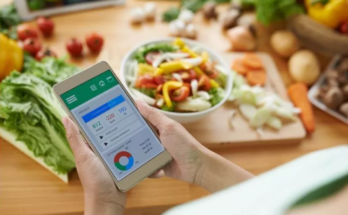 How to calculate your basal metabolic rate?