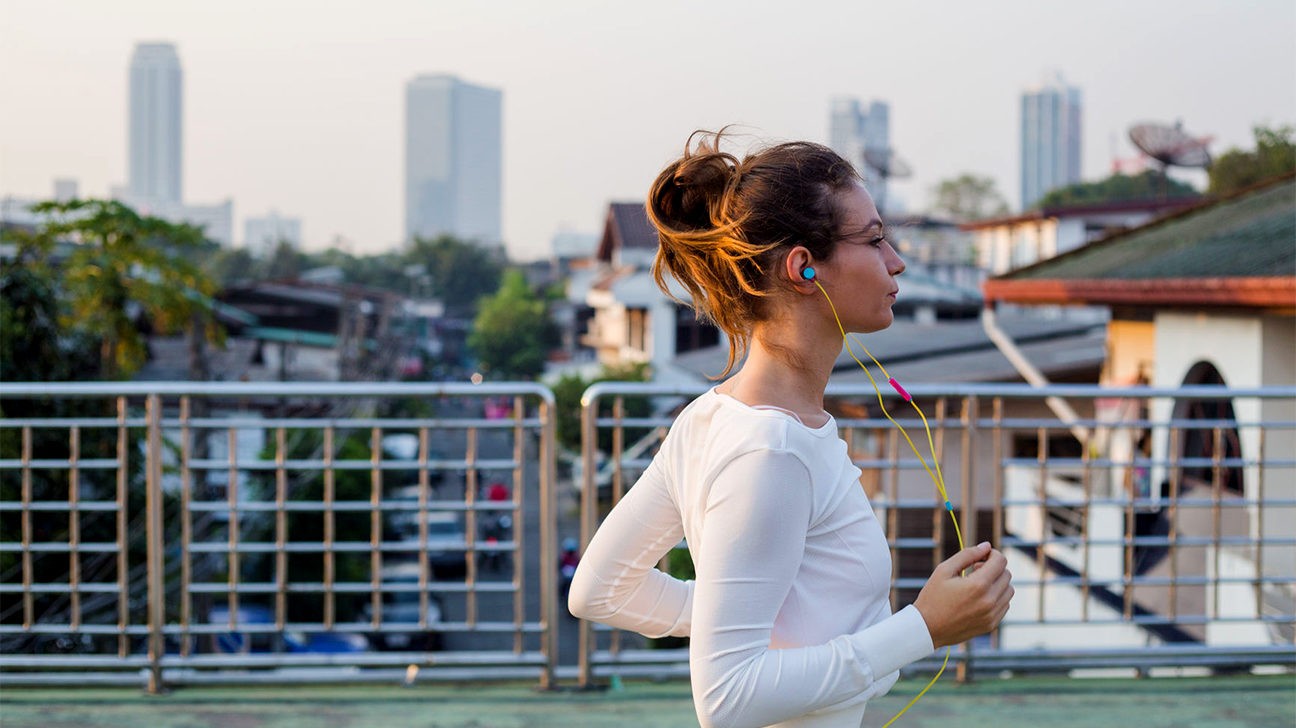 I’m no marathoner, but I do try to run 3 miles at least a couple of times a week. For me, running is a no-brainer cardio activity. Equipment? Nope. Driving to the gym? Nope. Squeeze it in pretty easily on any given day? Yep!

But living in Phoenix, where I do, can present some major challenges for outdoor jogging. In the summer, morning slogs — er, jogs — are really affected by the heat and humidity.

We’re legit talking about 90 degrees in the early a.m. — temperatures that have inspired the words “This city should not exist. It’s a monument to man’s arrogance,” from Bobby Hill of “King of the Hill.”

And this summer I’d been feeling rather defeated by the heat and humidity. My times had slowed, and I consistently took the last mile at a panting, dripping walk.

Should I just take a break? I wondered. Come back when opening my front door doesn’t feel like unleashing the fires of hell?

While I knew I needed to be safe about preventing heat exhaustion, I realized I really didn’t want to let inclement weather stop me from working out in the way I enjoy.

Maybe, I reasoned, this was an issue of mind over matter (and a lot of extra water). What if I took a mind-body approach to bettering my performance, even under less-than-ideal circumstances, by trying guided meditation?

I’ve used meditation in the past as a tool for a number of mental and physical health issues, from reducing anxiety to dealing with pain, so I know its power firsthand. And numerous studies have shown that meditation positively affects athletes. One suggested that focused-attention meditation could especially enhance performance in “closed-skill” sports like running.

I selected a free Youtube video intended for listening while jogging, popped in my earbuds, and got ready to hit play — and the road.

As the music faded in, I couldn’t help but giggle. This music struck me as a crossover between “If We Hold On Together” from “The Land Before Time” and the “Jurassic Park” theme song.

Was this going to be super cheesy? Was I going to be motivated to run by images of dinosaurs chasing me?

The narrator soon started his monologue. (Nope, no dinosaurs were involved.) He began with the encouragement to remember what a gift it is to run. I found I couldn’t agree more. Jogging steadily, I felt suddenly thankful for my health and ability to stay active without pain or undue fatigue. What an enormous blessing it is to be so free, and what a great reminder to actually give thanks.

The human body, he went on, is made to run. Our muscles, tendons, ligaments, bones, and even posture are perfectly tailored for this activity.

As I pounded the pavement, this truth seemed to root deeply in my body. I held my head a little straighter and noticed the spring of the ligaments in my feet. Despite the overhead sun blazing death rays down at me, I allowed myself to focus on how good it felt to just let my body do its thing.

The recording then transitioned to guided imagery.

“You’re running across a wide plain toward a hill,” intoned the narrator as the music swelled. In reality, I was jogging alongside minivans on a suburban street, but I let my mind’s eye envision an emerald green slope ahead.

Gradually the meditation led me up to crest the hill, light breaking through clouds when I reached the top. I was amazed at the power this imagery invoked.

A feeling of exhilaration washed over me: Yes! I thought. I can do this! I *am* doing this!

“You are powerful, determined, strong, and resolute,” said the voice in my ears. “You are going to reach your goal.”

Goals may loom scary and daunting ahead of me, but I have to power through them. Just like in running, the difficulties I face are actually the things that make me stronger. I’m so much better off when I run toward them, not away from them. I certainly hadn’t expected a Youtube video to drive home such powerful, deep thoughts.

In the 2 weeks since my initial foray into running meditation, I’ve kept up with listening while I jog.

I’ll confess that my times haven’t gotten faster. It’s still friggin’ hot where I live, and even the most inspiring audio may not change my ability to push through 90-plus degrees and 75 percent humidity.

Still, while this form of meditation may not have gotten me to 8-minute miles, it has brought other benefits. It’s given me something to focus on while I run, connecting the mental and physical. It’s helped me stay thankful for my health.

And it’s told me some things I really need to hear: I am strong, I am determined, I can reach my goals. I call that a worthwhile workout — for my body and my mind — any day.

Sarah Garone is a nutritionist, freelance writer, and food blogger. Find her sharing down-to-earth nutrition info at A Love Letter to Food or follow her on Twitter.