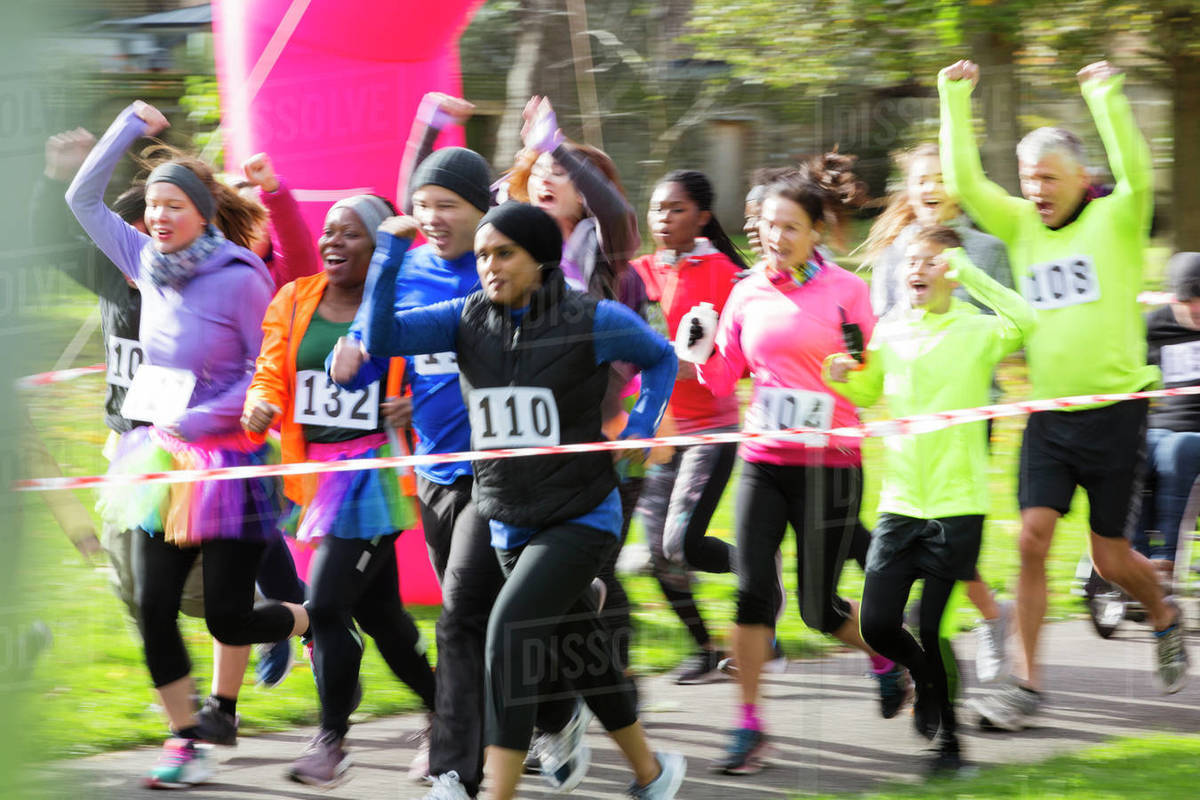 Having been a fairly keen runner before becoming a parent, I’d always hoped to get back into it one day. But until recently, I lacked the mental or physical energy to do so. However, over a few drinks with a friend I was persuaded to enter a local 10 kilometre race. Frighteningly it’s only eight weeks away! I’ve managed a total of three runs in the last fortnight, and discovered I can only go more than about 200 metres if on a downhill slope. Oh dear.

Still I’m sure I’ll stagger to the end somehow, perhaps using a very quick walk. And with any luck the excitement of the occasion will help.

I’ve also discovered that the Women’s Running 10k Race Series holds an event in my city. This is the second year of the series, organised by the UK magazine Women’s Running. This year there will be ten races across England, Wales and Scotland. Its official charity partner for 2014 is the breast cancer charity, Breakthrough Breast Cancer, so the organisers are encouraging runners to raise money for them.

Christina Macdonald of Women’s Running Magazine said: «This is a great opportunity for women to fundraise for their chosen charity, and we would be delighted if entrants chose to raise money for Breakthrough Breast Cancer.

Gavin Gowlett of Breakthrough Breast Cancer added: «It’s a sad fact that 1,000 women die every month from breast cancer in the UK and, with your help, we are dedicated to stopping this from happening. What’s more — taking part in physical activity is a great way to reduce your risk of developing breast cancer.»

It hadn’t occurred to me to use my race to raise money, or my dreaded climb up Ben Nevis in September, but I’m going to give it some serious thought.