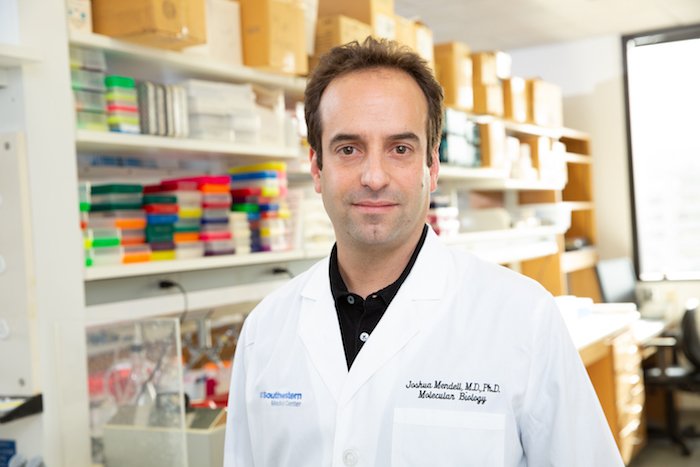 In work suggesting new therapeutic targets to fight obesity, UT Southwestern researchers have identified a novel mechanism that regulates the creation of fat in mammals.

Illustration of fat cells. Researchers found that loss of a family of microRNAs results in a dramatic increase in fat formation. In addition, the overexpression of the miR-26 family of miRNAs strongly protects against weight gain in mice.

The molecular mechanisms that regulate how and where fat tissue builds up in the body — or doesn’t — are key to understanding the development of obesity. However, the genes and molecular pathways that influence the size and number of fat cells in the body are not completely understood.

«We found that loss of a family of microRNAs results in a dramatic increase in fat formation. In addition, we showed that overexpression of the miR-26 family of miRNAs strongly protects against weight gain in mice fed a high fat diet,» said Dr. Asha Acharya, an Instructor of Molecular Biology and lead author of the study.

The researchers further found that the miR-26 family controls the levels of a protein called FBXL19 that is important for new fat cell production. «This protein had not been linked to fat formation or obesity in the past, so this result was unexpected,» Dr. Mendell said.

In mammals, including mice and humans, a diet loaded with calories — such as the high fat diet used in this study — can cause existing fat cells to expand. It can also result in the creation of new fat cells from a population of stem-like progenitor cells, he explained.

«Fat storage in adult mammals is a highly regulated process that involves mobilizing progenitor cells that differentiate into fat cells,» said Dr. Mendell, a member of the Harold C. Simmons Comprehensive Cancer Center and the Hamon Center for Regenerative Science and Medicine at UTSW, as well as a CPRIT Scholar in Cancer Research.

A feature of obesity is the uncontrolled expansion of white fat tissue, which does more than store energy in times of caloric surplus. It also plays an important role in metabolic regulation by secreting signaling proteins and lipids that influence pathways controlling appetite, blood sugar balance, and immune responses.

While earlier studies indicated important roles for the miR-26 family as suppressors of cancer and regulators of insulin sensitivity, the broader functions of these miRNAs had remained a mystery. In part, that was due to the difficulty of knocking out, or removing, all three genes that produce miR-26 family members in mammals in order to study their functions.

To overcome this technical challenge, the researchers used the gene-editing technique called CRISPR/Cas9 to remove all miR-26-encoding genes from the mouse genome. They found that although mice lacking these miRNAs developed normally in early life, they had a two- to threefold increase in white fat tissue beginning in early adulthood, even while consuming a normal diet.

To further test the role of these miRNAs in regulating fat formation, the scientists used a different genetically engineered mouse line that produces excess miR-26. After being fed a high fat diet, normal mice exhibited dramatic weight gain and an increase in fat content to 40 percent of their overall body mass. Mice with increased miR-26, however, were strongly resistant to weight gain and, despite consuming an identical diet, produced very little additional fat. Mice with increased miR-26 also showed lower blood sugar and lipid levels compared with controls.

«This study reveals a new mechanism of controlling fat production in the body,» Dr. Mendell said. «A deeper understanding of this mechanism could lead to new therapies to treat obesity, for example by revealing strategies to increase miR-26 activity or to inhibit the downstream targets of this microRNA.»