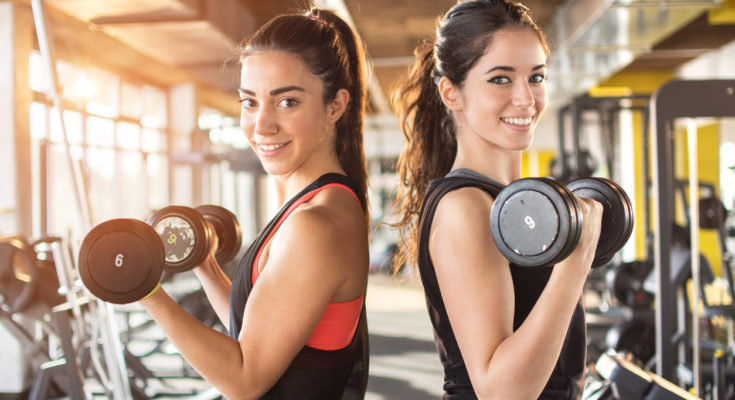 Large numbers of women are avoiding the gym due to fears of being judged, and hence missing out on its health benefits, according to a new survey.

This feeling is reflected in conversations I’ve heard among many of my female friends. But the British Heart Foundation, who commissioned the survey, believe this problem can be challenged with positive action, such as their new initiative, the «MyMarathon challenge».

In a sample of 2,000 UK adults, surveyed earlier this year (2016), a third of the women feel intimidated by other fitter or more competitive people. Nearly as many (29%) feel «embarrassed or worried of what people think of me when I exercise».

On a practical note, 27% of women polled are concerned about not knowing how to use the gym machines, with 9% voicing a fear of getting injured by the machines. Over a fifth (22%) feel they aren’t fit enough to start going to the gym, but the remainder of the off-putting factors related to the other gym users – 19% object to showing off, 11% don’t like «the smell of people at the gym», and finally, 7% don’t like to hear other gym users grunting.

«Women should feel proud to exercise knowing they are helping to keep their hearts strong,» says Lucy Wilkinson, Senior Cardiac Nurse at the British Heart Foundation. But if the gym just isn’t going to happen for some women, there are other ways to gain the benefits.

The MyMarathon challenge encourages women to run the equivalent of a 26.2 mile marathon over the month of May, spread out over several sessions! «Whether it’s at the park, during lunchbreaks or around the streets with friends by your side,» they say.

Lucy Wilkinson adds, «You don’t have to be a slave to the gym. You decide the pace and you decide the place, so it’s a great way to get active without feeling intimidated.»