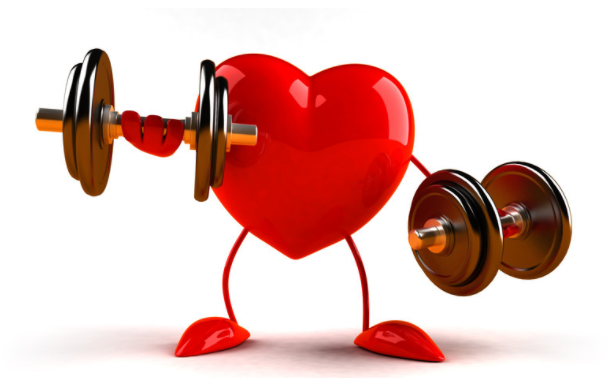 Recently in network I increasingly began to get caught in the eyes of articles devoted to heart training. «Heart training is a guarantee of health of the whole body,» Increase of heart volume and training of cardiovascular system is very important for almost every person, » «We want to tell you how it is possible to prolong heart life by means of a training for heart», etc. Various authors convince athletes of strength sports, That they have an untrained heart, because when they climb the stairs to the 3rd floor, the breath appears and the pulse increases. What it is necessary to include in training programs trainings for development of cardiovascular system. Moreover in planning trainings initially it is necessary to train heart and endurance, and only after that to pass to power trainings.
Immediately I warn, everything I will say, concerns only athletes with a healthy heart. If there are any pathologies in the heart, it is a topic for a separate conversation. So, my opinion on such trainings is categorical. Athletes of power sports HEART DON T HAVE TO TRAIN! It ‘s no one ‘s waste of time. Imagine such a fantastic situation. You ‘ve been training biceps since birth, bending your hand off the gantels. And you train him without rest at all and during sleep. The weight of the gantel grew while you grew, and stabilized after growth stopped. But the weight of the gantel is very heavy, because each contraction involves all muscle fibers. The endurance of biceps is such that you do not even feel this load. And here years etak at 25-30 you are told that biceps at you is not sufficiently trained and lags behind in development. And before you train other muscles, you need to practice it first. How do you look at such a fitness guru? Why, when it comes to the heart, do you agree that it ‘s not trained enough? The child ‘s heart starts its training back in the womb. And without rest works until the last breath of a person, Shrinking more than once per second. In the myocardium, only slow, oxidative fibers are to the limit braided by mitochondria. So the heart can ‘t acidify. It ‘s trained to the limit. All muscle fibers are involved in myocardial contraction. So the force of the push is always the same. The main function of blood is oxygen transport. It is transferred as hemoglobin, an iron-containing protein capable of binding to oxygen contained in erythrocytes. The maximum blood volume reaches 18-25 l/min in non-renminated individuals when the maximum HSS is achieved (Physiology of Muscle Activity, 1982). At this point, the heart delivers maximum oxygen to the body. At IOC 20 liters and pulse 160 beats per minute the volume of transported oxygen will be 4.3 liters per minute. World class runners consume oxygen at an anaerobic threshold of 4.0-4.5 l/min. That is, the heart of almost any untrafted person has training above the level of the master of sports in the long-distance race. And such muscle is called not sufficiently trained? Why, then, does an unprenerated man not run through the master, and moreover begins to suffocate rising to the third floor? Because he doesn ‘t have enough mitochondria in his muscles. We know that in mitochondria glucose is oxidized with oxygen and produces 38 ATP molecules, carbon dioxide and water during the oxidation process. And outside the mitochondria, without oxygen, it cleaves to form 2 ATP molecules and lactic acid. Without mitochondria, the muscle cannot use oxygen. The heart drives sufficient oxygen to the muscles to run through the MS, but the muscles take only the part whose size is limited by the amount of mitochondria, and the rest of the oxygen passes through. The lactic acid produced by the extracomitochrial cleavage of glucose disintegrates into lactate and hydrogen ions. And the high concentration of hydrogen ions in the muscle just causes fatigue and failure of the muscles. Hydrogen ions in the blood interact with the bicarbonate buffer, causing a sharp increase in blood carbon dioxide levels, which intensifies external breathing and increases HCC. Here ‘s the cause of shortness of breath and heart rate, not weak cardiovascular and respiratory systems. These two systems are just working with a huge margin of strength.

Here are some more examples obtained as a result of long-term tests of athletes of high level in research institute of Fundamental and applied problems of physical culture and sports, which conclusively prove that trained and stretched sports heart in itself does not provide muscle endurance.
Aerobic abilities of leg muscles are tested on a special cycling ergometer. Hands are tested on a similar bike ergometer, but pedals on it spin hands. Skiers have aerobic leg muscle abilities only slightly behind long-distance runners. But the abilities of hand muscles are significantly superior. Runners do not have hands involved when passing the distance. Consequently, mitochondria is not much there. And the international-level marathon runner will be as suffocating, rotating pedals with his hands at load level, private for the average skier, as an untreated man, climbing the stairs to the 3rd floor. Cyclists at the international level run middle distances on the plain very mediocre. Their main working muscle is the four-headed thigh. The muscles of the posterior surface of the hip and the buttocks are weaker, and the caviar is not involved at all, and when running on the plain they acidify. But when running cross-country through hilly terrain, where the load passes to the four-headed muscle of the hip, they show quite worthy results. The aerobic abilities of arm muscles in the rowers of kayakers, it happens, even exceed the abilities of leg muscles. In skiers, in a sport where the load between hands and legs is distributed evenly, aerobic leg performance is three times that of hands. And there ‘s such an imbalance. Therefore run kayakers weakly, though greats, without being tired, can watch.

The only one who needs to stretch heart it to representatives of cyclic sports to increase sports level. Or people who have a pathologically small heart. Here these athletes have perfectly trained muscles and can run for hours on pulse 190 ud/min. Mitochondria is large, muscles do not acidify, run easily, and the heart is small and to deliver the required volume of oxygen is forced to shrink so often. And with this pulse, the heart doesn ‘t have time to relax between contractions. As a result, internal heart tension occurs, and blood through it begins to pass poorly, hypoxia begins. Which means mitochondria stop working, anaerobic glycolysis begins and lactic acid is formed in the heart. And if this continues regularly for several hours a day, necrosis of individual myocardiocytes, i.e. heart muscle cells, may occur. It is a microheart attack. Then each such cell should be re-born into connective tissue, and this connective tissue does not stretch well. It does not shrink at all and is a bad conductor of electic pulses, it only interferes. This phenomenon is called myocardial dystrophy, sports heart. And to avoid that, runners, skiers and cyclists need to stretch their hearts. And this is a long process. For example, to increase the heart volume by 20%, it is necessary to train at least 3-4 times a week for 2 hours (on pulse 120-130 ud/min, at which maximum impact volume is achieved). If it is necessary to add 50-60%, then it is necessary to train 2 times a day for 2 hours, at least 3-4 days a week.
And now tell, often the athlete siloviki has to work for hours on pulse over 190 ud/min? He won ‘t last a few minutes. He doesn ‘t have enough mitochondria to take all that oxygen. And muscle fibers are mostly glycolytic. So the lactic acid formed by the operation of such intensity will lead it to muscle failure in the shortest possible time, and the heart will not suffer at all.

So forget heart workouts if you ‘re not going to move into the marathon. Your heart is already at a level of training that no other muscle can achieve. You want to increase endurance, take up muscles. My article «Endurance Training» will be published in the next issue of «Iron World.» Interview with Professor Seluyanov, «which details how to increase the number of mitochondria in different types of muscle fibers. 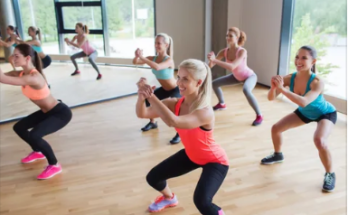