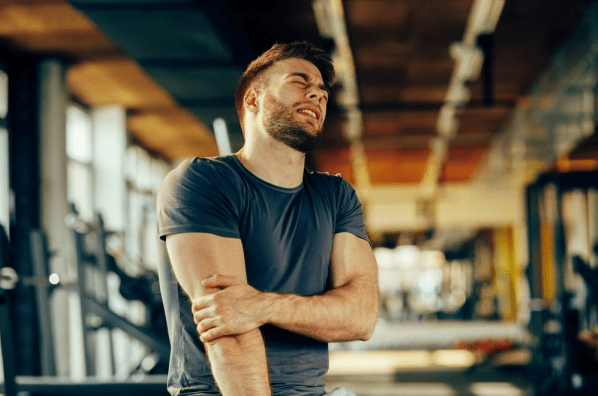 Every athlete is familiar with severe or less intense muscle pain. Especially a beginner. Sometimes krepatura is so unbearable that it is impossible to move a single limb. Why does this happen, how to prevent the appearance of severe pain in the muscles and reduce its manifestation? Is it worth it to carry out fitness training if you have a fit? Understanding each of these questions and finding answers to them will help this article.

Muscle pains occur in athletes who have just started fitness, have taken a long break between workouts, or have sharply increased the load. Why do they arise? Scientists have not yet found a concrete answer to this question. Some experts believe that the cause of the appearance of krepatura after a fitness exercise lies in the accumulation of lactic acid — the result of the decomposition of glucose during oxygen-free glycolysis in the muscles. During anaerobic exercise, the muscles are compressed, blood vessels are squeezed, which prevents the removal of this substance and provokes the appearance of burning sensation in the muscles.

The second version says that post-training muscle pain does not arise due to the accumulation of lactic acid in the muscles. As a result of observations, scientists found that this metabolite, on the contrary, acts as a source of energy under increased loads and cannot provoke the appearance of krepature. However, these observations do not refute the first version. Since the decomposition of lactic acid not only produces energy, but also other decomposition products are formed. For their dissolution, the body consumes oxygen, the lack of which can provoke krepatura after fitness training.

According to the third theory, severe pain in the muscles occurs as a result of damage to muscle tissues and ligaments. Usually they do not appear immediately, but a few hours after the training and, mainly, in low-trained athletes. This is explained by the fact that in beginners, oblong muscle cells are shorter, with intensive fitness training they are badly damaged, which provokes the appearance of a pain syndrome. Over time, these cells lengthen, muscle pain decreases, and then completely disappears.

There are several types of muscle pain that occurs after fitness:

Appears the same evening after training or the next day. It occurs when you try to make any movement, which involves the muscle group worked out during fitness training. This type of pain confirms that microdamages are present in the muscles, the process of their recovery and the formation of new muscle structures is ongoing.

It occurs after 1-2 days after the training. It can appear not only in beginners, but also in experienced athletes. The main causes of this pain are: a long break between fitness classes, a change in the training program or a sharp increase in the load. Delayed pain also often occurs in novice athletes after the first or several first training sessions.Pain syndrome as a result of overtraining.

Appears after a sharp increase in loads or an increase in the intensity of classes. After 1-2 hours after fitness training, general weakness, discomfort occurs, physical activity decreases, and then pain appears.

They can occur during, immediately after the training, and even after a day. They are strong aching or sharp. May be accompanied by the appearance of swelling, redness on the skin. Such pain is the result of ignoring the warm-up before the lesson, violation of the technique of performing exercises, working with too large weights, etc. This type of pain is considered abnormal and indicates injury to the ligaments, tendons or rupture of soft tissues. In this case, it is necessary to stop the fitness exercise, consult a specialist to determine the cause of the damage and prescribe treatment.

How to reduce severe muscle pain?

It is impossible to completely avoid the appearance of pain after intense exercise. However, pain can be made less pronounced, more tolerant. To do this:

Increase the load not sharply, but gradually. With anaerobic training, you need to start practicing with small weights that allow you to perform a given number of sets and repetitions. Then it is recommended to add weights of 2.5-5 kg ​​per week, not more.
Hone impeccable technique for performing sports elements. This will help a fitness trainer or special video tutorials.
Practice a workout. Before fitness training, all muscle groups need to be prepared for the upcoming loads.
Do not conduct classes if you are tired. A large amount of physical work performed, lack of time for a good sleep and eating, and a bad mood can stress the body. In this case, it is better to refuse classes.
Consume enough water. Recommended daily fluid intake is calculated by the formula 0.04-0.05 * weight of the athlete.
Sleep at least 8 hours a day.
Is it worth it to carry out fitness training if the pain has not passed? 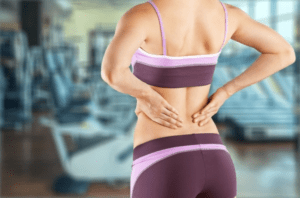 If the pain in the muscles has not passed, it is not worth exposing it to heavy loads. This can be fraught with negative health consequences in the form of a state of overtraining, deterioration of well-being, psychological discomfort, lack of progress, etc. However, skipping fitness workouts is not necessary. Light physical activity helps to restore muscles, improve blood flow and metabolism. In the presence of pain, it is recommended that:

split training, that is, load individual muscle groups for a week;
light warming exercises after a heavy load, which contribute to the restoration of muscles.